A fresh round of haunting updates and improvements are on the way! In the latest patch we've added more clear role descriptors within Teams and added some more automation opportunities to Macros. In addition, throughout the month, we've continually deployed several bug fixes which we've also listed below.

We've heard your feedback and created two new types of Features to solve for specific but common testing scenarios. You can select these Feature types within the Create a Feature steps or directly within their respective subheadings:

New User Features
This new Feature type ensures your testers complete the necessary activities and review Features associated with "initialization" or "set up" before they can dig into the other features of your product. Once completed, New User Features give way to the current Phase's Feature Activities, dropping testers right back into the normal flow of your project. 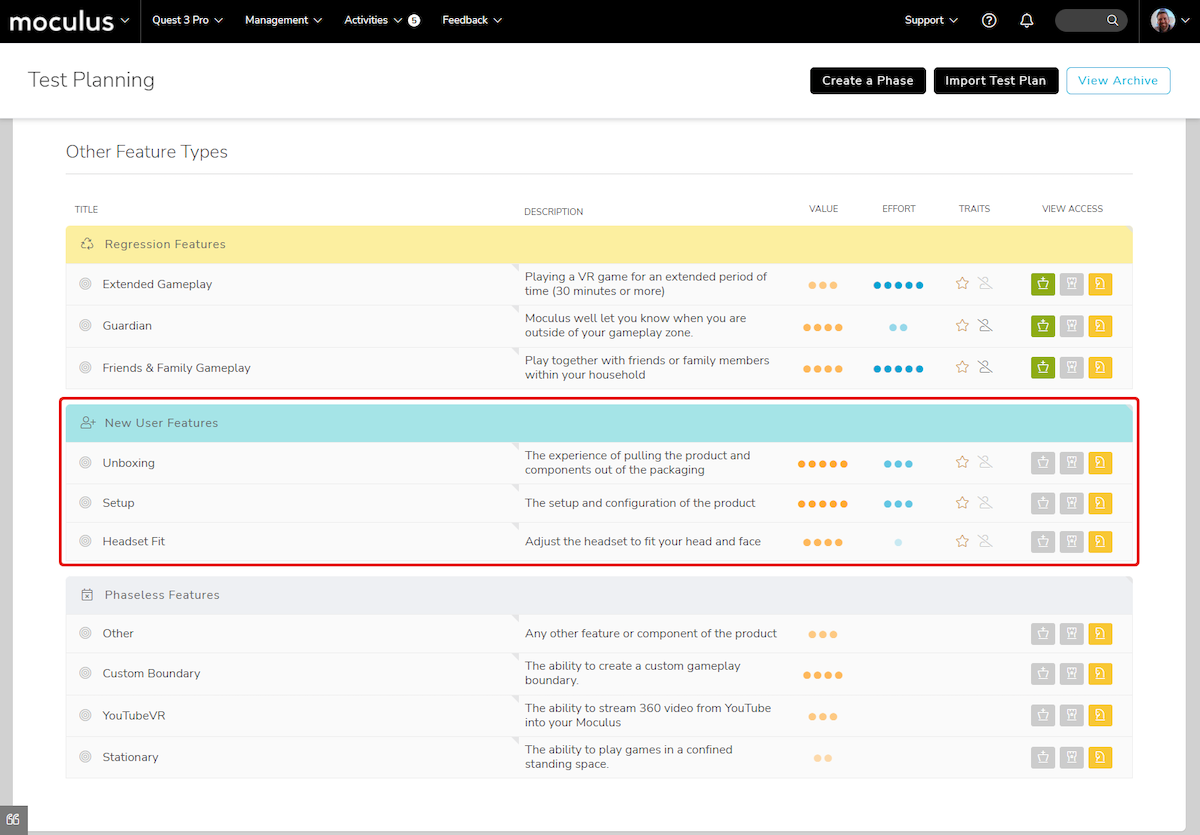 Regression Features
This new Feature type allows you to continually test/re-test chosen Features across multiple Engagement Phases. Ideal for iterative versioning (such as driver or firmware updates), Regression Features encourage persistent re-testing and accept (and report!) unique satisfaction scores for each Phase in which they're included (determined via checkbox within each Engagement Phase).

Macros now include the Features and Blocking Status!

You can now use Macros to Mass Feedback Management to update the Feature field and Blocking Status via macro.